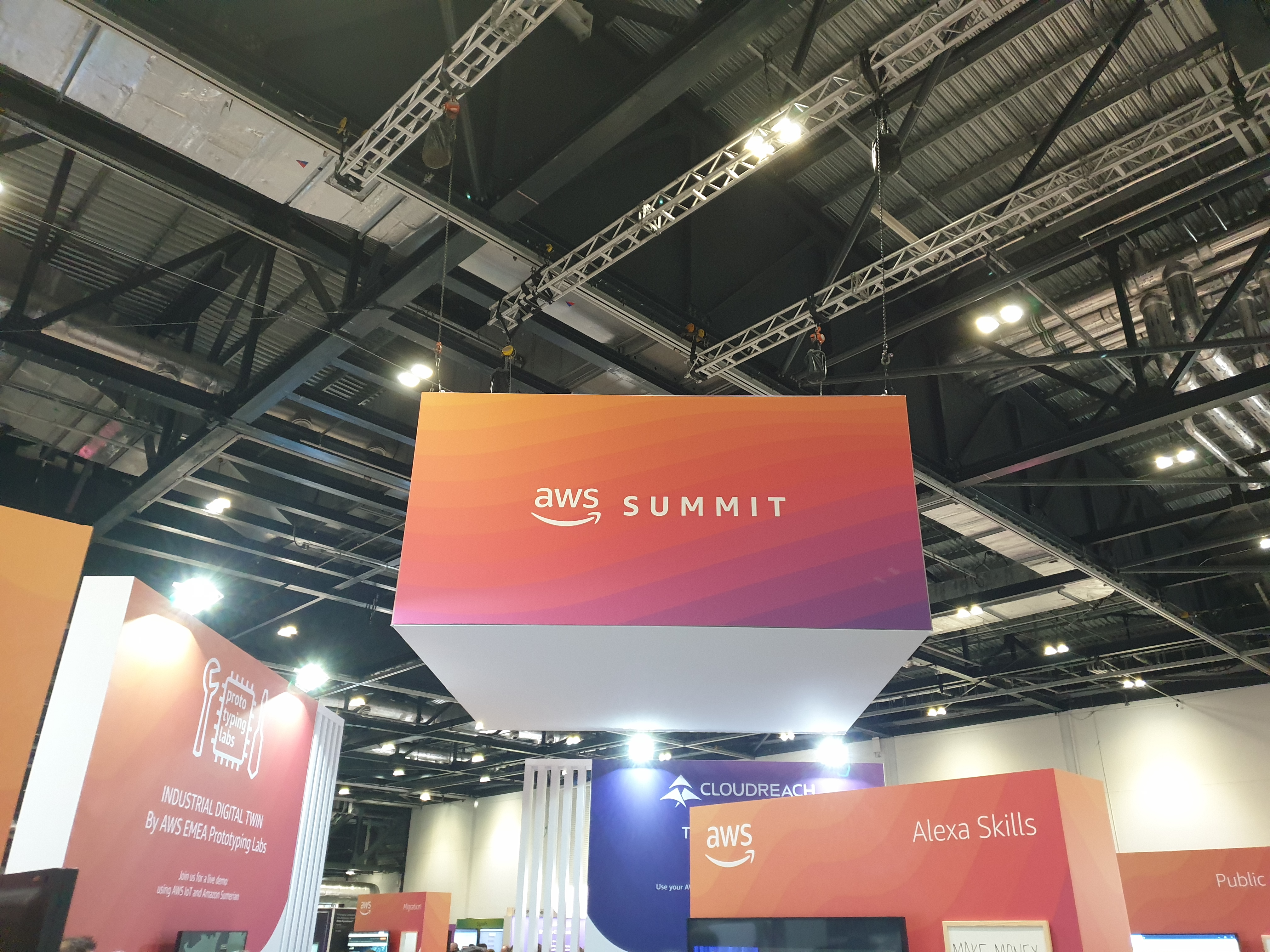 In a bid to keep up with the ever-changing world of cloud computing, Isosec chose to attend Amazon’s AWS Summit in 2019, and I was lucky enough to be sent on their behalf. So in this post, I’ll take you through my highlights of the rainy May day, and what the various AWS announcements mean for Isosec’s future.

One thing’s for sure when you talk about cloud computing, and that’s who is king; Amazon. Their AWS product arguably started the cloud-craze, and is without a doubt the biggest player in the market, despite being the much less likely candidate out of the big 3 (Amazon, Microsoft and Google).

Launched back in 2002 (and more notably re-launched in 2006), AWS is Amazon’s alternative to hosting and managing your solutions both on in-house hardware and with traditional hosting providers. AWS’ intention is primarily to free up resources from time consuming and training intensive tasks like infrastructure procurement, management and troubleshooting, but also to offer massive scalability, with the power of one of the world’s most powerful and most visited websites sitting behind it.

So it made perfect sense for Isosec to attend this year’s AWS Summit, to see what AWS have planned for the coming months, and what technologies we might be able to leverage going forward. After all, as an innovative company that prides itself on staying ahead of the curve when it comes to technology, it’s always important to make sure we’re up to date with this ever changing landscape. 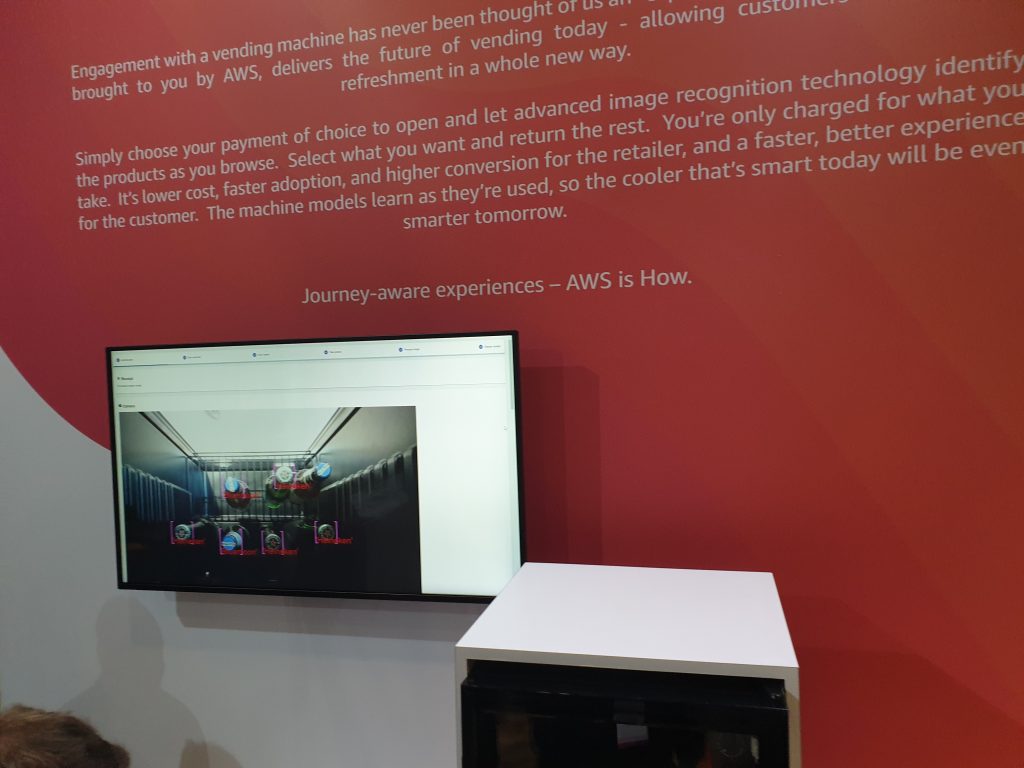 AI was of course a big feature, displayed here by an “Amazon Go Like” demo

So I headed over to London’s Excel convention centre – the home of all cloud computing conventions it seems – and after battling delays and cancellations on the London travel network, eventually emerged slightly sodden from the rain into the huge building, just in time for the keynote.

Now while it’s fair to say that AWS are leading the cloud world, I think what’s also fair to say, is that they know it. When attending past conferences hosted by Google and Microsoft, there was very much an air of “look at us”, “look what we can do” and “look what we can do for you”, complete with freebies, special guests – Satya Nadella and Michael Caine being particular highlights – and a bunch of other awesome aspects. This time however, it was much more “business”, pretty much from start to finish, and all crammed into a very busy single day at that!

AWS were quick to point out at the start of the day that this wasn’t a speculative event for them. They weren’t there to say what they would be doing, but rather what they had already done, and of course, this does make for a very impressive story. The number of companies sitting on the AWS cloud is truly astonishing, and these are not the typical “mom-and-pop” stores AWS prides itself on helping out, these are huge worldwide corporations, all of them the sorts of enterprises you can’t go a day without seeing.

Now although I found the convention itself to be a little less showy than their cloud competitors, that isn’t to say that the talks didn’t still showcase a fair amount of interesting work. Early on in the day I attended a talk around containerisation on AWS – a subject close to the heart of Isosec – and was enlightened to some popular use cases on AWS’ new Fargate product, as well as numerous tales of ECS (AWS’ more managed container offering) and EKS (AWS’ Kubernetes environment). Clearly AWS has a good foothold in this area, and that shone through when discussing their various services. 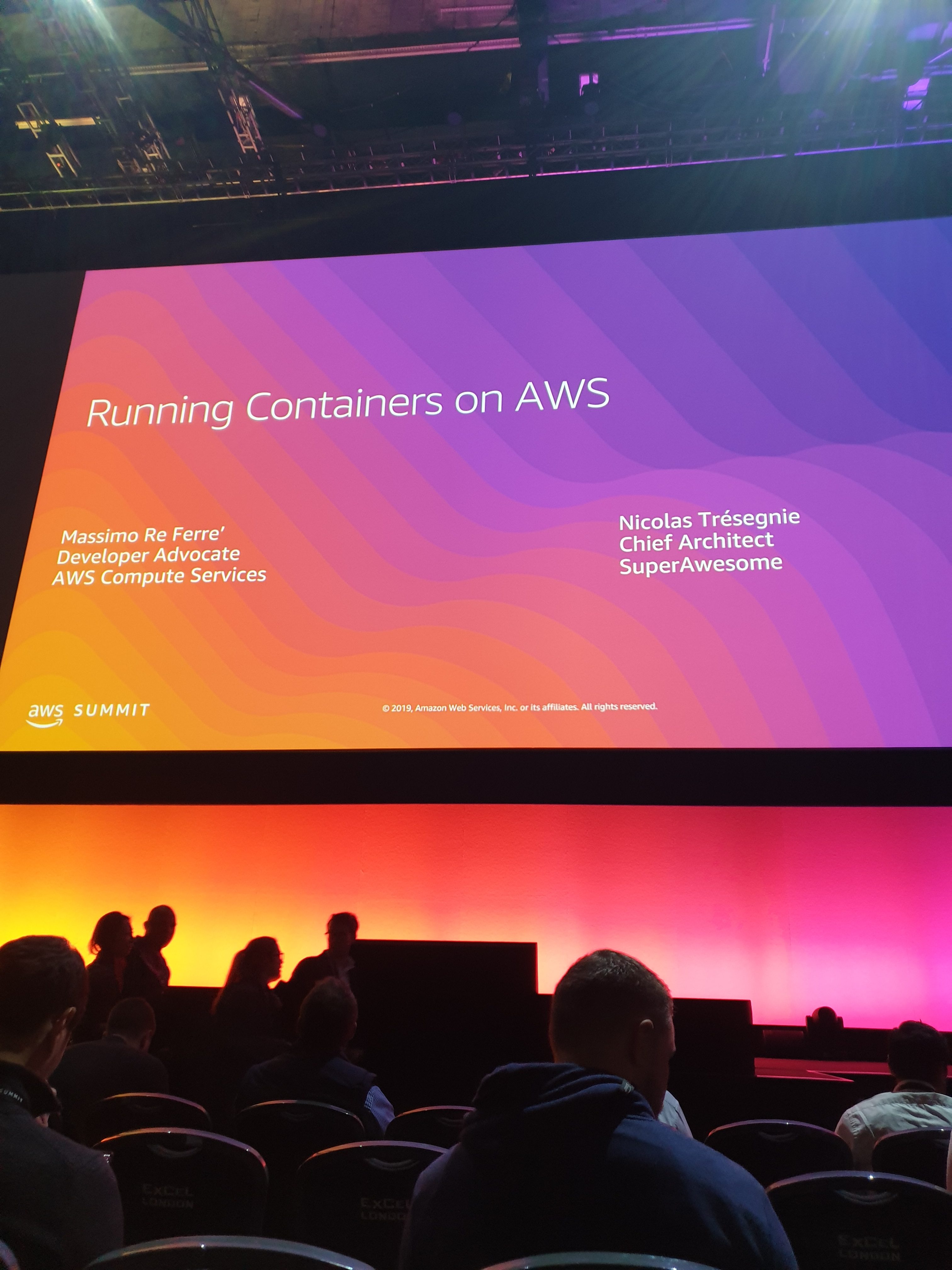 Containerisation is big business right now in the cloud, and nowhere more so than on AWS…

With containerisation out of the way, I next attended a talk on Continuous Deployment and continuous Integration (CI/CD) with AWS. Now for those of you familiar with the subject, you’ll understand the importance of this area when looking at cloud computing, but for those of you who aren’t, let’s just say that you don’t typically have one without the other. In any case, Isosec are very much advocates of CI/CD, so this made for a great opportunity to keep abreast of the latest developments, and gain some additional validation for some of our existing systems.

The theme of CI/CD and containerisation was a prevalent one throughout the rest of the day, and came up regularly in the remainder of the talks I attended. Even during one particularly interesting end-of-day option around speech recognition and other machine learning offerings from AWS, a strong production pipeline formed a real backbone of every aspect, reinforcing some very good practises in each of the several thousand attendees. 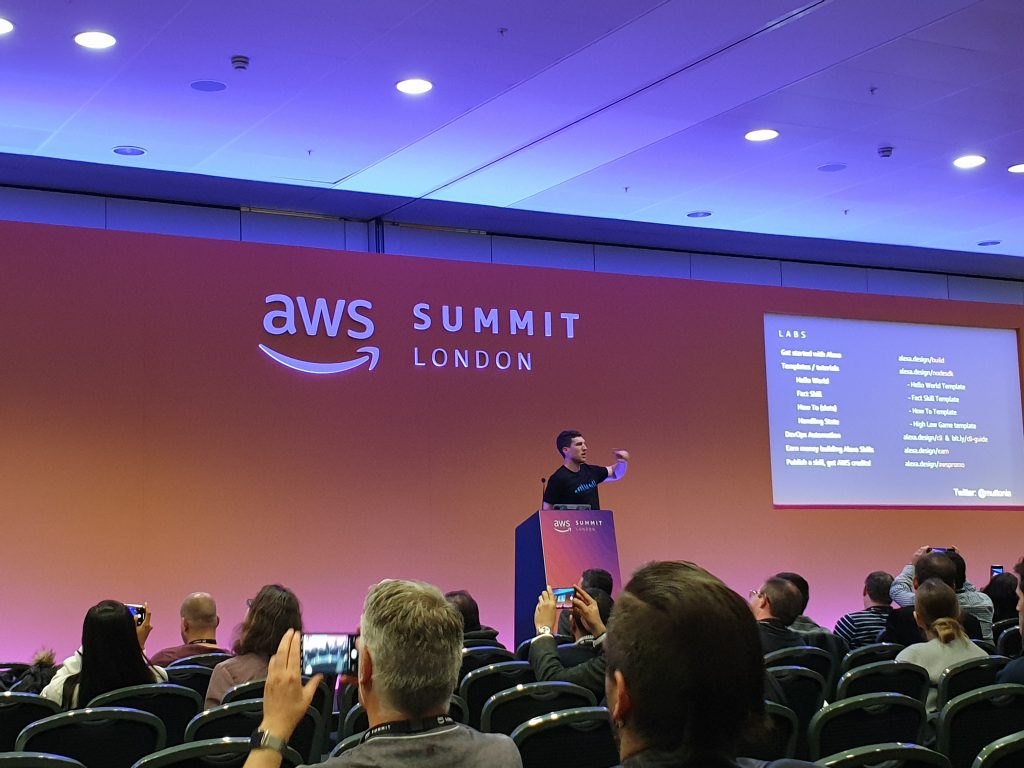 Andrea Muttoni gave a great talk towards the end of the day, with a risky live demo (that worked!)

In short, AWS’ 2019 London Summit was an interesting – if a little reserved in my opinion – show of force from the cloud giant that is AWS, and as always has helped serve as great inspiration for the future here at Isosec. 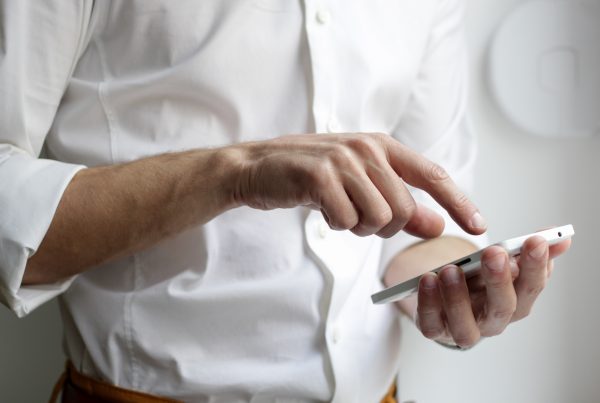 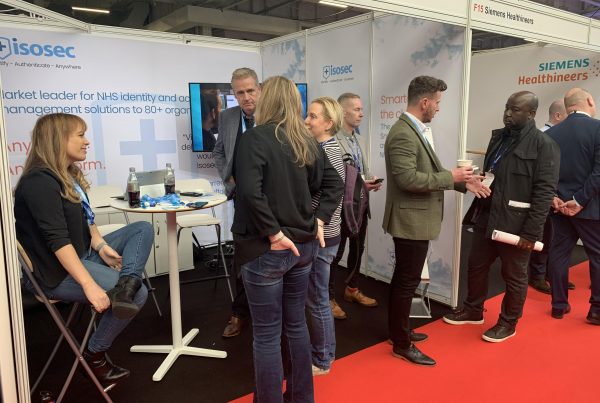 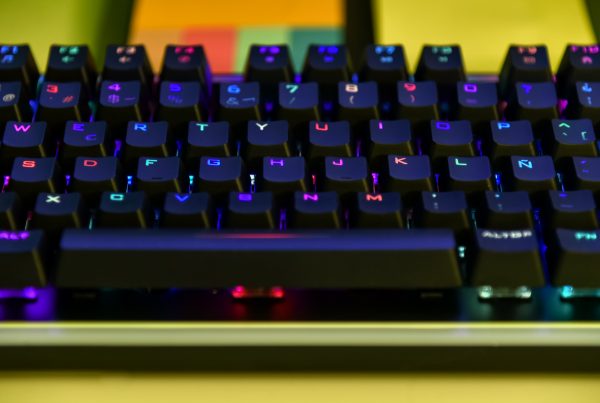